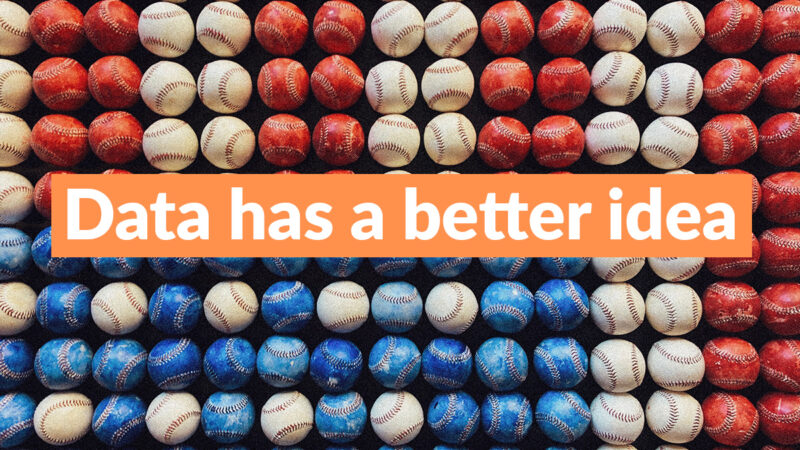 Who would have in their wildest dreams thought about how calculating data can lead them to predict specific impossible scenarios of life?

Because what seemed to be a statistical analysis of data when Billy Beane and his assistant Paul DePodesta innovated sabermetrics, achieved it in 2004, is our next revolution. Creating enough data to solve the toughest problems is in itself all about how we are using Data Science and implementing AI with our systems and day to day situations.

Let’s first understand what Moneyball is and why industries are after this strategy!

Transforming traditional sectors and non-tech fields with data science techniques, started in the year 2004, almost 15 years back, by its application in a Baseball game. Billy Beane, a former professional Baseball player and General Manager of the Oakland Aesthetics Baseball team, changed the course of his team’s win even with a smaller budget and mediocre players. And he did this by applying some Data mining techniques to overturn the course of the game.

Billy, a High school graduate, not a data scientist, and his assistant Paul DePodestanot from Harvard with an Economics degree, managed to recreate a team by analyzing aspects like stolen bases, runs batted in, batting average, etc. He created his data metrics to resemble his team performance and rest, as we know HISTORY.

Billy overcame the power of dependence on the team’s wisdom performance and their scouts. He re-evaluated his strategy, and instead of focusing on speed and contacts, he concentrated on on-base (frequency of batter reaching the base) and slugging percentage (batting productivity of a hitter). Such metrics and a budget of $44M contributed to creating a team of undervalued players in the MLB.

The data was often measured using Sabermetrics, which is an analytical metric that measures Baseball’s in-game activity. Owing to the same, Billy made significant revelations in the gameplay and his players, which we regard in today’s world usage as ‘Moneyball.’

Moneyball that started as a Baseball game’s analysis reached its arms to businesses as well. Now, if any management uses business analytics is supposedly called using the ‘Moneyball’ strategy.

It all boils down to how you can create a team with a minimal budget and still guarantee a win in a game that has high stakes to it. Where Billy Beane was required to create a Baseball team with minimum budget, much lower than the competitor teams, and still propose a WIN.

Now, hold on to your brain horses, and let’s look at its possibility of happening with all strategies centered.

Well, yes, not just data scientists, but a massive chunk of art comes from the people who know how to read the data and understand the problem’s grievances and make something logical out of it. You can hammer, function, and yet become a master of all odds when you know the DATA.

If we look around us, isn’t everything all about data? Let’s start with the most basic one, Cooking.

Capturing the exact number of members, consolidating their likes and dislikes, amount of hunger pangs, and then with metrics of everything combined, you decide as to what you should cook today!

Workout? The amount of weight you can lift, the number of different exercises that you should perform in a day, the amount of enthusiasm and ability you have for the day, combines to create data that makes your final workout plan.

Now, when science is behind everything, then why not in predicting and working on making decisions that seem impossible or extremely hazy?

AI can make or break all your myths and still work hard to perform for you much more than your efforts because, like you, AI can predict the amount of energy you can put in as well.

But if that is the case, why isn’t everyone working behind data and making it their whole sole strategy to win big in the market?

Because it is not easy.

Owing to the misconceptions that AI is all about a fancy degree, being a data scientist, being extra brainy to work around tech is a big NO. Therefore, breaking all the myth shackles, the underlying truth is, all you need is enough DATA and an efficient set of DATA to make it a reality.

Let’s take Oakland’s example of building a Baseball team with players that perform well and the one that guarantees a win. With Sabermetrics, you can create a team with lower costs and still ensure success. So, fancying such an analysis needs you to work around it.

Majorly, creating DATA that stands out to make an impact is the most important one. Now, people can work all around the DATA, make it valid, and still, if the team doesn’t win, it is because of the lack of operational value. What if the players involved in creating the data themselves don’t make a mark in their performance? That is when the whole study and DATA regulations fail.

To properly implement a plan in place, you need to take your ‘Community,’ your ‘People’ into consideration as well. When you trick your people or work around their priorities and plans, you can make them follow your plan. In the case of ‘Moneyball,’ they got David Justice to confidence because his end goal was to create a legacy name.

The leaders who take up to their data role, make sure that the team doesn’t fall apart and ultimately make themselves comfortable to become a team enough to buy the DATA and eventually plan their wins in their head.

When the implementation part comes into the picture, the DATA model effective at the beginning may seem like a failure later. There might be an umpteen number of problems that would creep in. It could be a lousy consolidation of data, it could be a change in factory line requiring a new metric, or it could be a simple office HR problem. To keep your team on track, make sure you capture the Key Performance Metric (KPIs) to measure the DATA, and also look forward to the relevance and performance understanding. And if the KPIs show a deviation from the normal, you need to make a curve change in your process by identifying the problem and solving it by taking up corrective measures.

Let’s look at some of the use cases where Moneyball is the one changing the fate of situations!

Moneyball for Retailers and Ecommerce

eCommerce business is taken over by the giants in the market like Amazon and Walmart. The answers in statistical analysis perform well to increase the conversion rates overall of the eCommerce site. Make sure you improve your UI design, carry out statistical analysis of the products, perform A/B testing, and perform in a ‘Moneyball’ way. Keep the pages minimal and create enough data out of the user flow on eCommerce site interaction.

Make sure one thing for anything and everything in the business; the answer lies somewhere around the DATA. Data is the bible to all our problems and implementations. Especially, retail stores and eCommerce sites have to deal with data and segregate it enough according to their relevance. Users might have visited your website owing to the promotions, but they might also be brand loyal. Data needs to be tweaked and worked upon in various ways to decide on that finally. Transform actionable insight to drive strategic promotions & customer experience.

Now, when you take in the data, even as Oper in the team, things don’t go as predicted. The data fell short of the individual personality ratios. So, when the team didn’t work as the DATA predicted, the leaders looked into the metrics and found out the loophole to be a guy who isn’t well-tempered and hampers the entire team’s performance. With the help of Sabermetrics, the data changed the entire meaning of Baseball games forever.

Let’s first dodge upon what is ‘Sabermetrics’?

Sabermetrics is the search for objective knowledge about Baseball. You may also consider it to be equally a part of Statistical Analysis. Long before, they find the statistical analysis; its application had overcome the revolution that it brings in today.

You are playing around with data only to ensure a win that is otherwise unpredictable, unbiased, and extremely offensive.

In this case, they make a winning streak and perform their best based on data, and nothing stopped them.

If we talk about similar terminologies as a baseball game, we can also predict election results.

When Barack Obama stood for his term, data was gathered from all sources, calculating the number of voters turnout and their behavioral analogies to vote, thus, predicting Obama’s win.

And sincerely, such statistics should have been applied sooner than later to create political campaigns.

Everything is about understanding the data in a way everyone can, and we can make a difference. 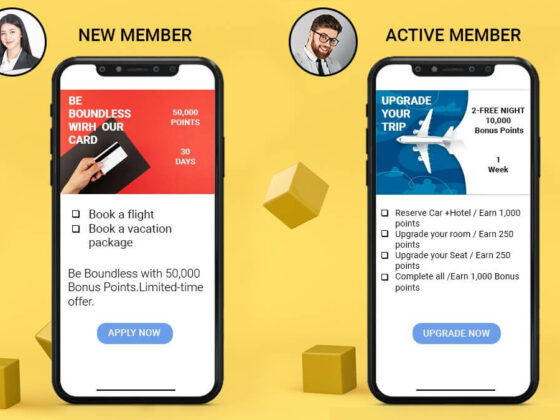 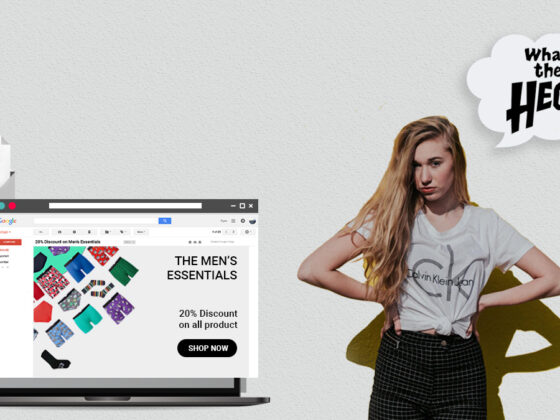 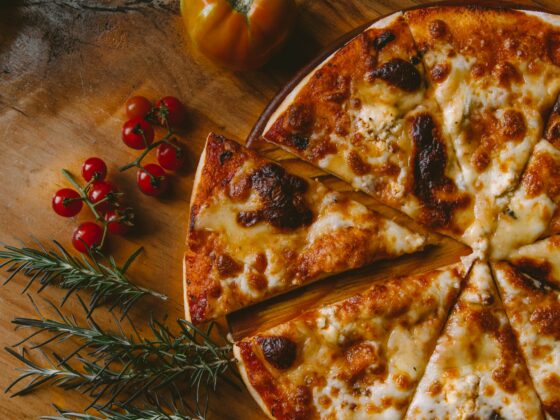 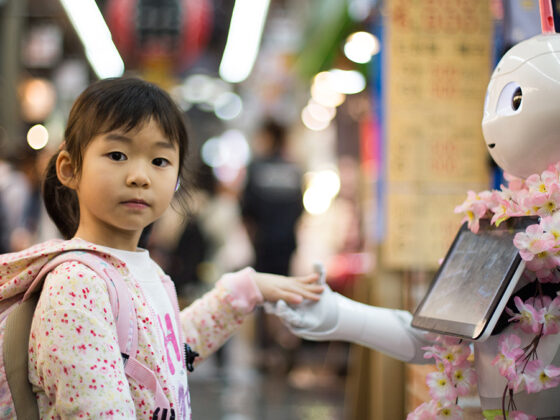